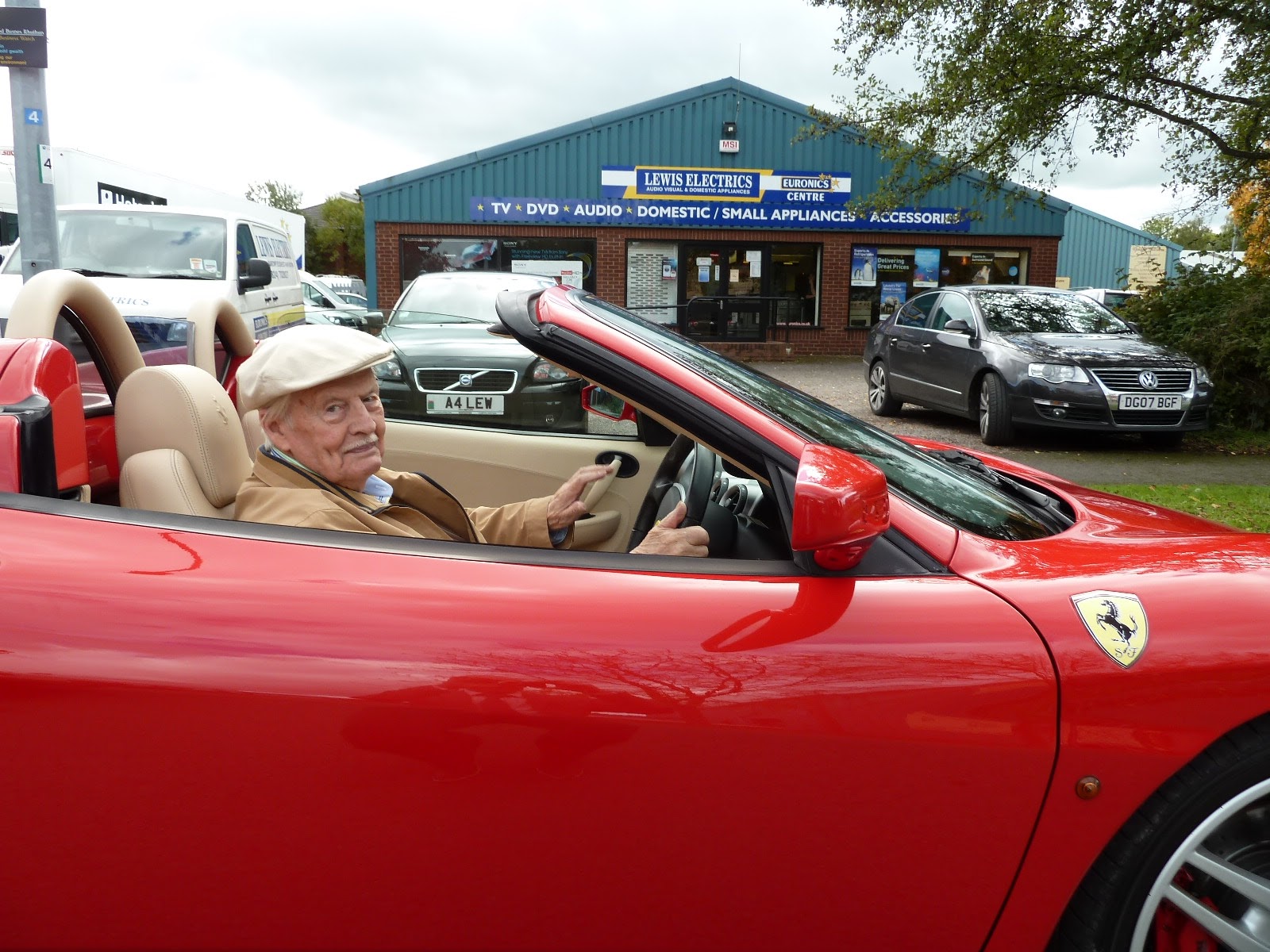 The Power of Being Seen for Who You Are

The Power of Being Seen for Who You Are

Reg Parrett is a man approaching a milestone, he’ll be 100 next year and shows no signs of slowing down. Dapper and debonair, this is a man who had “great larks” with the RAF, became an interior designer responsible for transforming homes and hotels across North Wales well into his late 80’s and, more recently, has proven it is possible to climb onto a shed roof when you are over the age of 95.

He is sharp, humorous and fiercely independent with a dog that understands his dislike of hearing aids – helpfully eating one so that Reg no longer has to wear it. During the past decade he has travelled on the Orient Express, visited Ronnie Scott’s and complained that the Ferrari his grandson was taking him around the Welsh mountains in was not being driven “fast enough”.

Here’s something else about Reg; I have never met him. I know about him because I had the pleasure to interview the cautiously driving grandson, Neil, about the reason he founded The Live In Care Company, an organisation that connects self-employed carers to people in need of care. A prostate operation designed to fix a problem had robbed Reg of much of his independence and, given what you have read about him up until now, you can imagine how infuriated he was at the prospect of relying on others.

It is in Reg’s DNA to be self-sufficient. When his wife died ten years ago he taught himself to cook so he was damned if he was going to be a recipient of meals on wheels off the back of an unsuccessful operation. His family made regular visits, but it soon became clear that, like it or not, having someone around who could help Reg to tidy the house, mow the lawn and help him continue to enjoy his social life was important.

Having investigated what the local authorities could provide and looked at private care agencies, Neil felt that there had to be a better way. What his grandfather needed was someone who could see him for who he was – a sociable, capable man who wants to live as independently as possible. Having a different person visit him every day or an agency worker with only 20 minutes to spare was almost worse than doing nothing.

So, along with his friend Luca, Neil founded The Live In Care Company. The carers are self-employed, which means that they can set their rates and agree their hours with their clients. For people requiring care they get to choose their carer, creating a trust-based relationship and continuity that leads to companionship.

However, despite Neil creating a business inspired by his grandfather’s needs, Reg, as you may expect, resisted mightily. It took two whole years before he finally saw that perhaps his grandson was onto something.

Come next year, Reg will be celebrating another milestone – a year with Karen (also known as “the lady that you send round to me”) someone who mows the lawn, tidies the house, helps with appointments and, every Friday, is the companion that he takes out to lunch. Proving to his friends in his North Wales town that he’s every bit as debonair as he used to be and demonstrating the power of being seen for who you are.

As a writer, I love telling other people’s stories. If you want me to help you tell yours, get in touch with me at toni@tonikent.co.uk